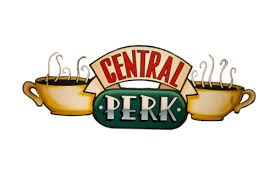 Am sure all the fellow fans of the world famous sitcom would agree that 1994 to 2004 was an era, and thanks to the 10 season edition DVDs, we still have the characters running in our homes even almost a decade later.We just can’t seem to get over them, I guess we all feel we didn’t have, what is called a ‘ Closure’.

I may have watched the whole series, like millions of others out there, for almost 17 zillion times but I still can’t help but shed tears on the last episode of the season 10. I want to know what happens next, how is the Bings new suburban home, do Rachel and Ross finally get married ceremoniously( am sure he would speak the right name this time though), how Phoebe and Mike get along and do they have kids or just a bunch of adopted mice, and what about Joey, he lives with the Bings in their new home as their third adopted child or does he finally meet someone too…..

Well, this show is the one with a huge impact, too real and too surreal, too dream like, that we just assume it to be true. I myself have sometimes sat there watching and analyzing which character do I fit in the most, but most of all I conclude that I have something from each of them, and I guess everyone in this world is a little bit of Ross, a little bit of Rachel, a little bit of Monica, a little bit of Chandler, a little bit of Joey and of course a  little bit of Phoebe. This show not only taught me about life but also how beautiful it can be, when you have some real friends in your life for whom you are nothing but a family to die for. When there’s real friendship, there are no limits to go beyond of.

So why should they choose to re launch in 2024, because that’s when after 20 reasonable years, we would see Ben, Phoebe’s Triplets, Emma, Erica & Jack put on their parent’s shoes and show us the legacy. This time they would be 7, just as in the alphabets in the title. And of course who wouldn’t love to watch frequent special appearances from the Geller’s, The Bing’s, The Hannigan’s & Of course THE Tribbiani. 20 years is a reasonable wait time for the next generation F.R.I.E.N.D.S , unlike Hindi TV Serials, wherein you watch a Friday’s daughter-in-law throw in some powder in her hair and turn into a mother-in-law in the Monday show, and you can’t help but feel silly to watch a few[read 5] generations played by the same age actors in the very episode.

So what say guys, Ben Geller[ n whatever Carol’s & Susan’s surnames were], Emma Geller Green, Frank Junior Junior, Leslie, Chandler (the girl), Erica Bing & Jack Bing, show up as the next gen FRIENDS – and the creators, David Crane & Marta Kauffman, can rightly say that for 20 years ‘ They were on a break’ and we would happily take them back again!

I am to you, what you are to me!! View all posts by Reema